Spanish Tenor ended a super week for the team by landing the Compas Stallions Handicap on Sunday last at Naas.

The 8yo Loup De Vega gelding who ran credible in a few big handicaps last season, gained his first success for Shamrock Thoroughbreds under our apprentice Cian McRedmond. Running prominently throughout, Cian cajoled him to the centre of the racetrack as they turned for home and surged clear over a furlong out to win by 3 lengths from That’s Just Dandy.

This horse was placed in the Ahonoora Handicap at Galway last year and just lost his way at the backend. We have given him a bit of time to freshen up and it’s worked.

We might head back for one of the premier handicaps over the summer. He’s a horse that still has plenty of class and hopefully there will be a nice pot in him.

There was plenty of pace and Cian took him back and the horse picked up well for him. He’s had three winners on the week and is great value for his 5lb”. 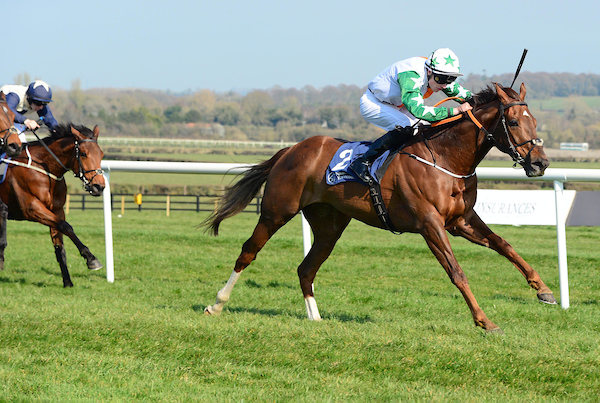