The Harbour Watch gelding was purchased by Shamrock Thoroughbreds for £6,500 at the Tattersalls July Sale for loyal owner Mark Devlin. Given a patient ride throughout, Colin Keane produced him to challenge inside the final furlong but after getting to the front in the closing stages he managed just to hold on from the fast finishing Super Over.

Speaking afterwards, Stephen Thorne said, “Colin has been brilliant on him. Ronan who usually rides him is in Dubai. He’s a tricky ride and has to be played late but he is a solid horse in the grade.

He was picked up for something like six grand last July and the lads are having fun, that’s his fifth win since we bought him last July.

He has deserved a little break now before we freshen him up. We’ll target something nice on the turf with him.” 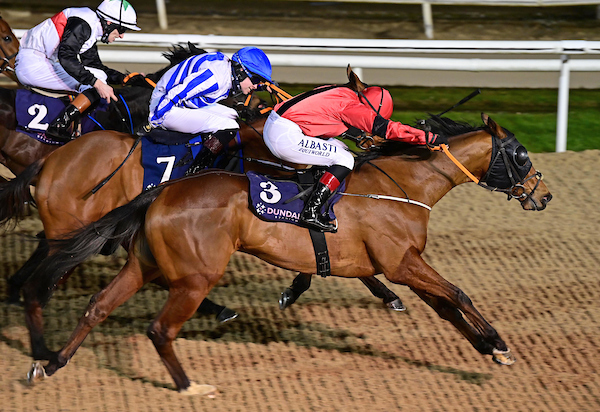