Skontonovski backed up his Cork win for owners Mark Devlin & friends by winning the Irishinjuredjockeys.com Handicap under Ronan Whelan at Dundalk on Friday.

The 4yo Harbour Watch gelding was held up early on but took closer entering the straight when Ronan pushed him out entering the final furlong to lead and win by a length and three quarters from Brosna Express.

Speaking afterwards, Ado said “I’m delighted with him and Ronny gave him another very good ride, he was class on him and bided his time. I told him to drop him out and take his time. They went a real hard gallop.

I have him in a few races at Listowel and he has to go again probably because the handicapper is going to hammer him. We’ll see what he gets on Monday but more than likely he’ll be declared”. 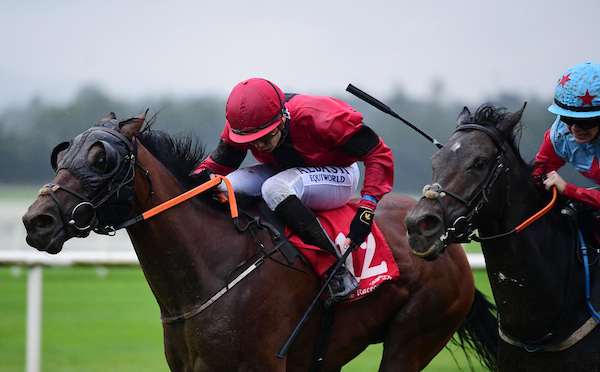