The Invincible Spirit gelding who was recently acquired for 12,000 gns by Compas Equine/Shamrock Thoroughbreds at the Tattersalls Autumn HIT Sale, was held up in rear early on before been asked for an effort on the inner 2 furlongs out where he finished strongly to lead close home from the Dermot McLaughlin-trained War Hero to win by half a length.

Speaking afterwards, Ado said “Rory gave him a grand ride. He dropped him in which I felt he needed to do to get the seven. He got a lovely clear run and just idled a little bit in front.

I’m delighted for Nigel O’Hare and it’s his first winner in his colours. He’s from Mayobridge near Newry and they are his local club colours. He can do six or seven and we bought him for just 12,000 in Newmarket not too long ago. He’s paid for himself already and is a real fun horse.
It’s been a great year and this is my last night with runners. It was great to get the HRI award the other night which really topped it off. We have great staff that work really hard and long may it continue”. 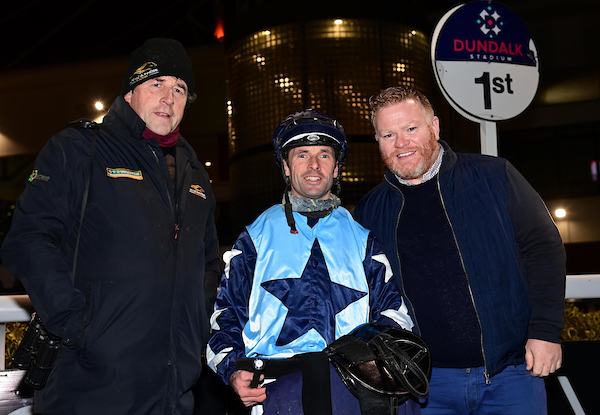 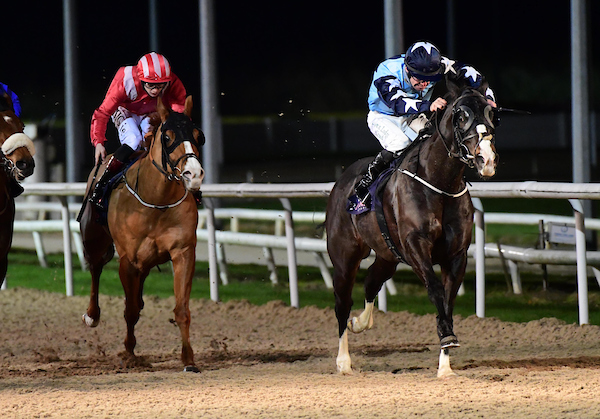