Owned by partnership Shamrock Thoroughbreds & Gérard Augustin-Normand, the son of Acclamation broke nicely and took an early lead from Patrick Sarsfield. Ronan made his challenge over a furlong and a half out and stayed on well to win by a length and a three quarters from the favourite Ivy League.

Speaking afterwards, Ado said, “The plan was to come here after he ran a very good race the last day. It was a field of good horses and I suppose you could make a case for the six horses today. He was very impressive and Ronan gave him a world class ride.

We might drop him back to seven, we might look at Ascot, we’re not exactly sure. I’m sure he’ll get another hike after today, he was a 112 or 113 horse at one stage in France so he could head back up towards that.

French people still own half of him and Shamrock owns the other half. I’d say he could go foreign somewhere before the year is out.

He’s a very classy horse and a privilege to have. He’s a horse that doesn’t need a lot of running either, we don’t like to dip him too many times.

It’ll probably be at least three or four weeks before you see him again and maybe even six weeks.” 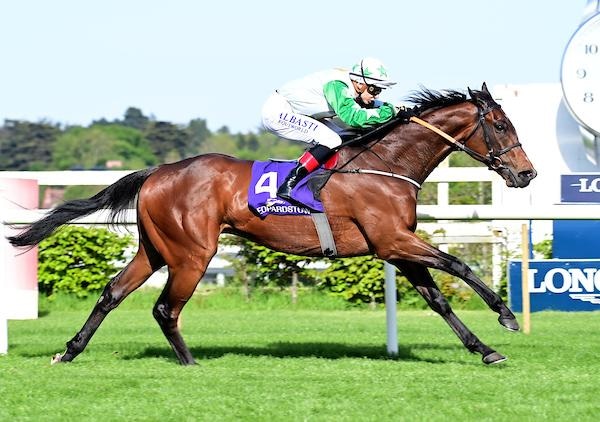