The team finished off the Winter Series in style by landing a double on the night in both the Devlin brothers’ colours when both Is That Love, breaking his maiden tag & Betrayed backing up her maiden win last month both obliged.

Is That Love gave stable apprentice Cian McRedmond a tricky ride in the closing stages as he drifted left but Cian managed to keep him in line when it mattered by winning by 1.25 lengths from Sense Of Worth in the Join Us On Instagram @dundalk_stadium Apprentice Handicap. Afterwards, Ado said, “We have stepped him up to a mile which I think suits him better as he can breathe and get into the race a lot better. He is entered in next Wednesday & we run him if he gets in”.

Betrayed backed up her maiden success last month by narrowly winning the Follow Us On Twitter @DundalkStadium Handicap under a strong ride by Colin Keane. Having run a little keen early, she hit the front a furlong & a half out but her market rival Eloso fought back in the final furlong but she fought back well to lead on the line to win by a short head. Ado said afterwards that “We’ll probably try & win again with her and then maybe sell her as my wife Hazel owns half of her along with Gary Devlin. She’s a real fun filly here and hopefully she’ll go & progress again.” 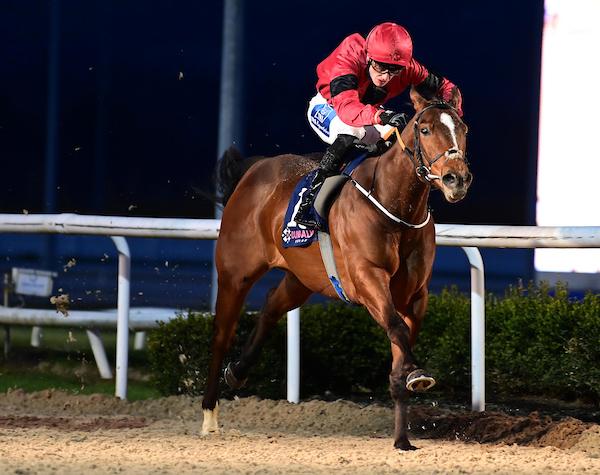 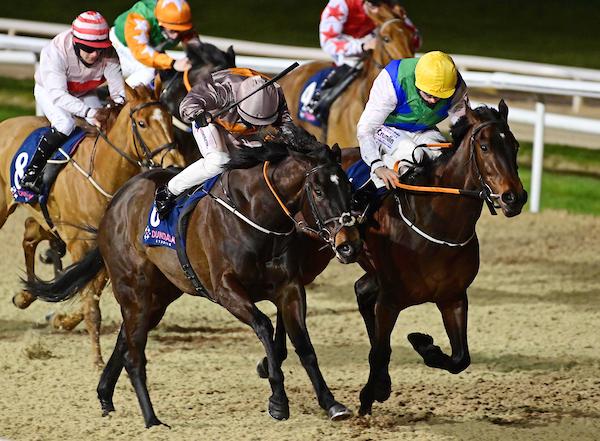