Eglish continued her love affair with Dundalk and recorded her 5th win at the track on Wednesday for owners Shamrock Thoroughbreds by claiming the DundalkStadium.com Handicap under our apprentice Cian McRedmond.

It was the 5yo Heeraat mare’s sixth career success for the yard and her third under Shamrock Thoroughbreds ownership. As they broke, Cian held her up early on as there was a frenetic early pace but he took her to closer order 2 furlongs out on the rail & pushed her out entering the final furlong to win comfortably from the Edward Lynam trained Collective Power.

Speaking afterwards, Ado said “She’s been running well and that was a bit overdue. Robert Whearty was a bit unlucky the other night as the stick got knocked out of his hand. The same thing happened to Colin and she got 4lb the night he was second on her.

She loves this place and is very consistent up here through the winter. Hopefully she can win again at some stage and there is a good bunch of lads involved with her.” 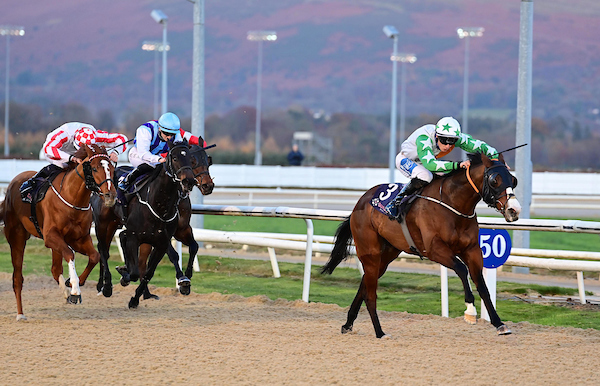