Dream Today under our apprentice Cian McRedmond produced a late effort to win the Follow Fairyhouse on Instagram Handicap in Fairyhouse this evening for Shamrock Thoroughbreds.

The Dream Ahead gelding who spent his winter months out in Meydan, jumped nicely out of the gates and was held up in mid-division before Cian asked for an effort 2 furlongs out where he finished strongly to lead close home from the Tracey Collins-trained Independent Missy to win by a head.

After the race, Ado stated, “Cian gave him a great ride and I think the ground is the key to him. He had good form on good ground around a bend in Leopardstown when second to Real Appeal who won the Ballycorus there last night. We’ll go straight to the Scurry with him now. We had him in Dubai but he was drawn wrong on both occasions. He doesn’t want real soft ground nor does he want it rattling quick either.” 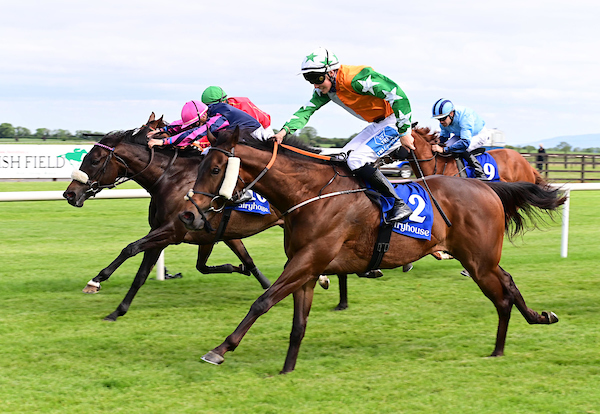