Current Option claimed his third successive Irish Stallion Farms EBF Ahonoora Handicap on Sunday at Galway under our apprentice Cian MacRedmond. The Camelot six-year-old gelding has now brought his career earnings to over the €400,000 mark following this success.

Having broken nicely, Cian managed to tuck his mount in behind early pace setters Lord Dudley and stablemate Spanish Tenor. Travelling well coming down the hill, Current Option loomed menacingly coming into dip where Cian made his move to bypass the early leaders and challenge English raider On A Session for victory entering the final furlong where he would go to win snugly by a length and a quarter.

It was a great result for the team and all connections as Laugh A Minute stayed on strongly to finish 3rd, Sirjack Thomas staying on to finish 4th and Spanish Tenor managing to hold on for 5th.

“I might never get a horse like him again. He’s been fabulous to have and the lads are great supporters.

He’s a Group 3 winner, a Listed winner, won a list of Premier Handicaps and taken us everywhere. He just loves this place and was unlucky in the Mile the other night.

He’s just down to a very nice mark and we’ll probably try for the big handicap in Leopardstown. He’s won that before as well.

Some of my horses were a bit out of form in June but they have come back and we always primed this fellow for here. We give him the same routine each year and try and prepare him for here. It works.

I could make a case for everyone of the horses I ran today and On A Session’s trainer mustn’t like me as we keep beating him!

Laugh A Minute has run a cracker and watch him in the autumn for a good handicap on soft ground. Casanova didn’t get a clear run”. 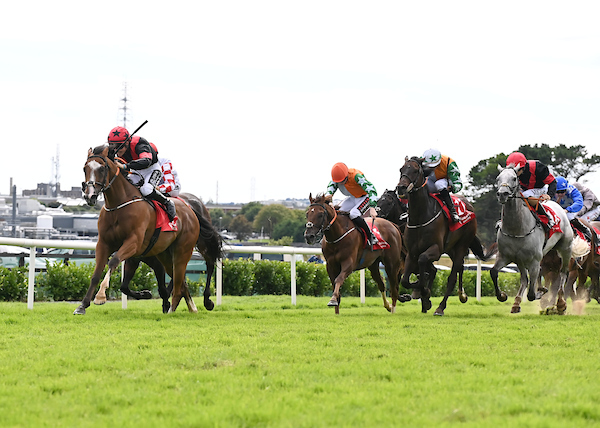